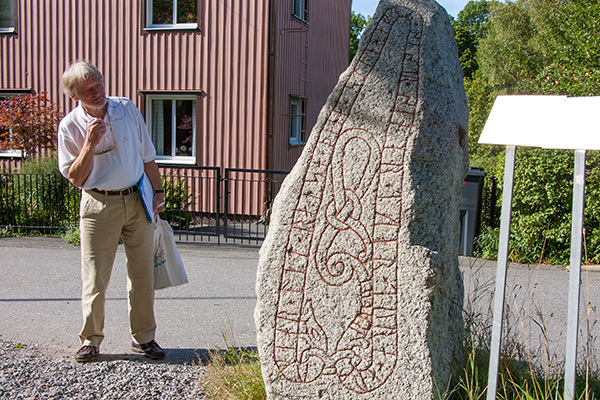 By Wilhelm Heizmann and Alessia Bauer

Our esteemed colleague, Klaus Düwel, died unexpectedly on the 31st of December 2020, at the age of 85, after a short but serious illness. He was academically active till the end and worked tirelessly on various publications. Even from his sickbed, he oversaw the publication of his long-awaited opus magnum, and was privileged to be able to hold both stately volumes of the edition of south-Germanic runic inscriptions in his hands. His collected works on Scandinavian and German philology will be published imminently. With Klaus Düwel, we have lost one of the most internationally distinguished and experienced runologists, who has forever left his mark on the venerable tradition of Göttinger runologists. At the same time, many of us are mourning the loss of a good and dependable friend and mentor, who accompanied our lives with contagious enthusiasm and immense knowledge. He leaves behind a painful void.