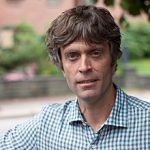 Per Holmberg has received a grant from the Swedish Research Council (Vetenskapsrådet) for a project entitled “Rök Runestone Revisited”. Holmberg is professor in Swedish at the University of Gothenburg. To a runological audience, he is mostly known for his recent article “Svaren på Rökstenens gåtor: En socialsemiotisk analys av meningsskapande och rumslighet” (with an extensive summary in English). 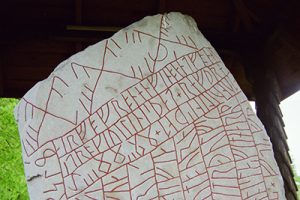 Holmberg describes his project as follows in the abstract:

“The Rök runestone in Östergötland, dated to the ninth century, is one of the most famous Viking Age runestones. Its reputation mainly rests on a passage in the long inscpription which is read and interpreted as a reference to the Ostrogoth emperor Theodoric the Great. However, the results of two recent studies make it untenable to hold that the inscription mentions any Theodoric. The overall purpose of the project is to critically examine the consequences of the traditional and now untenable interpretation of the Rök runestone inscription, and explore how the new way of understanding the inscription may contribute to alternative cross-disciplinary knowledge. The theory of Social semiotics is applied in four studies: Study I examines how the idea of a Gothic connection has been legitimatized by scholars in different fields. Study II destabilises the idea a homogenous Old Norse religious background to the Rök runestone by contextualizing the inscription within a worldview bordering on Christian beliefs. Study III replaces a narrative understanding of the inscription with a context of Old Norse and early medieval Anglo-Saxon enigmatic genres. Study IV challenges the mode of delocalized interpretation by systematically compiling research about the localization of erected, inscribed stones in Scandinavia and on the British Isles in relation the emergent road network. The project opens the way for new perspectives in several fields, and new images of the monument as national heritage.”

One thought on ““Rök Runestone Revisited” gets grant”