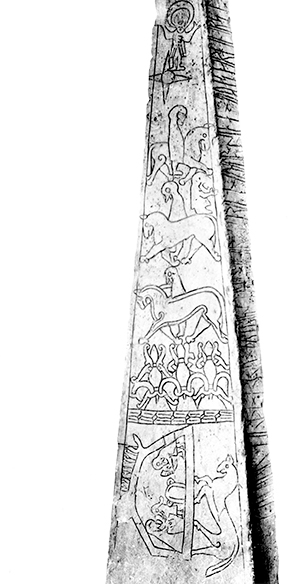 In last week’s posting I wished all readers of the blog a Happy New Year. Unfortunately, there are no runic inscriptions celebrating the turn of the year, but in my posting I did mention a runestone which bears a picture relating to the holiday this weekend, viz. Epiphany. This feast day is also called ”Three Kings’ Day” and commemorates the adoration of the Christ child by the three magi, sometimes known as Melchior, Caspar, and Balthazar.

The three kings can be seen riding their horses on the 11th century Norwegian runestone from Dynna N 68 (Fig. 1). Below the magi is seen the stable with one of them already inside, offering his gift. 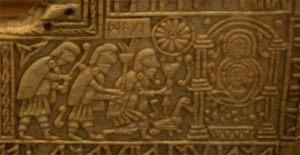 The scene of the Epiphany is found on another object, in this case the famous Franks Casket, now shown in the British Museum (Fig. 2). The legend magi plainly identifies the illustration. 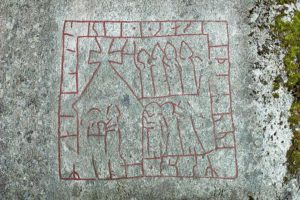 Perhaps we have the same tableau also in Sweden, the 11–12th century Swedish rock carving at Sika, U 529 (Fig. 3). Some scholars believe this is a sketch of an on-going church service, but the suggestion has  been made by Dag Strömbäck and seconded by James Marchand that this is also a rendering of the happenings at the Epiphany.

In any case the three illustrations give me the opportunity to wish the readers a Happy Epiphany and to remind them that almost every human activity is reflected in runic carvings.