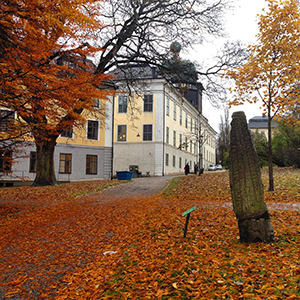 Runestone U 896 Håga, now placed in the University Park in Uppsala. Photo: Marco Bianchi (CC BY)

Since we are in the season of Lent, I thought it appropriate to write a blog post on runestone Christianity. A very common misconception about the over 3.000 runic monuments from the Viking Age is that they are pagan, whereas almost the exact opposite is true. Runestones are either explicitly Christian by the means of a cross and/or the inclusion of a prayer, or seemingly religiously neutral. Although the latter inscriptions are more common than the former, there is reason to believe that almost all of them, too, are commissioned by and for Christians.

Even though the Christian influence on runestones has been recognized since the early 18th century, most researchers seem to view the religious expressions as quite primitive and typical of first generation converts. What is forgotten, however, is that runestones give evidence not of the official teachings but of the received piety. We see little of church hierarchy or of theological sophistry, but more of “practical” Christianity. These are memorials, after all, best compared to gravestones in our modern world.

That is why three celestial personages are mentioned, and no one else. These are the ones that according to Catholic dogma were important to please at the last judgment: Christ of course, but also his mother the Virgin Mary who intercedes on behalf of the souls to be judged and the archangel Saint Michael who weighs them in his scales.

The Father and the Holy Ghost are never mentioned explicitly

Missionary theology had to explain the faith in terms understandable to the polytheists they encountered. This explains why the word God primarily seems to have implied the Son. The Father and the Holy Ghost are never mentioned explicitly. 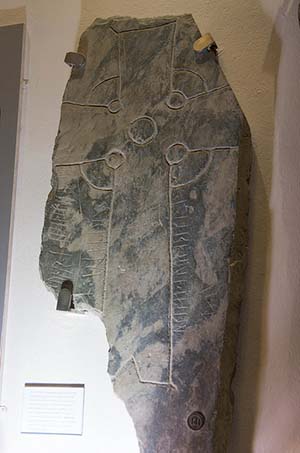 The Onchan stone cross on the Isle of Man. Photo: Marco Bianchi (CC BY)

This is the only real evidence of any “primitivism” visible in runestone Christianity. Many of the monuments were commissioned by third or fourth generation Christians. Their faith was most likely as “advanced” as that of other contemporary Europeans. To show that that Viking Age Christians held beliefs in accordance with medieval dogma and received theology, and indeed very much what is also true today, I will show how the runestone prayers directly or indirectly conform to two of the most basic confessions of Christian faith: the Apostles’ creed and the Nicene creed.

We believe in one God

And in Jesus Christ, his only begotten Son, our Lord

For us and for our salvation he came down from heaven: by the power of the Holy Spirit he became incarnate from the Virgin Mary, and was made man 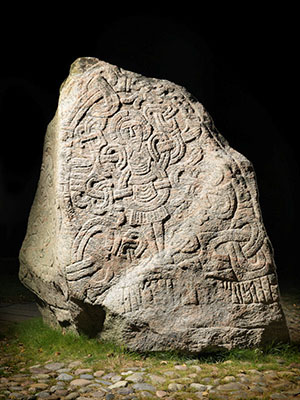 The crucifiction scene on the Jelling runestone in Denmark. Photo: Roberto Fortuna, The National Museum of Denmark (CC BY-SA)

Suffered under Pontius Pilate; was crucified, dead and buried
The particulars of Christ’s suffering, death and ascension play little or no role in runic inscriptions. But the concept is very much alive, as can be seen from the crucifixion scene on one of the three faces of the Jelling runestone (DR 42).

On the third day he rose again in accordance with the Scriptures; he ascended into heaven and is seated at the right hand of the Father. He will come again in glory to judge the living and the dead, and his kingdom will have no end

Christ is risen, as may be seen on the Timmele stone below. There is no mention of the judgement itself, but see the introduction. Nevertheless, there is a keen consciousness of life and death on runestones.

I believe in the holy catholic church: the communion of saints

The creeds’ church refers of course to the institution, not a building. Even the latter are mentioned rarely on Viking Age runestones, but the fact that they are at all proves that there was some sort of ecclesiastical organisation. The saints in general played a small role in Missionary times, with one great exception and some minor. The exception is the archangel Michael, who had a critical function at the last judgement (see the introduction). Some popular saints lent their names to the early generation Christians of Uppland, such as John (the Apostle/Evangelist or the Baptist), Martin (of Tours), Clement (several candidates), and Nicholas (of Myra, the fore-runner of Santa Claus).

We acknowledge one baptism for the forgiveness of sins 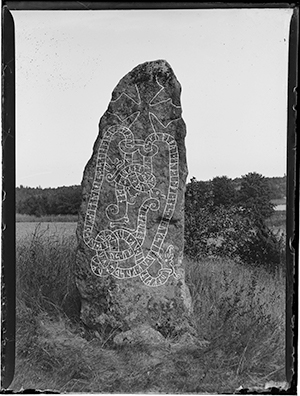 We look for the resurrection of the dead

The resurrection as such is not mentioned, but the afterlife in more concrete terms is clearly on the minds of the commissioners of at least two inscriptions.

And the life of the world to come

3 thoughts on “The Runestone Creed”